Prof. Bernd Kasper studied Medicine at the University of Heidelberg and received his MD degree from Heidelberg University in 2000. In 2001, he finalised his thesis at the German Cancer Research Centre (DKFZ) in Heidelberg, dealing with new treatment strategies for chronic myelogenous leukaemia patients using the tyrosine kinase inhibitor imatinib. To deepen his training, he stayed in London (Imperial College School of Medicine, Hammersmith Hospital, Department of Haematology), Brussels (Jules Bordet Institute, Medical Oncology Clinic) and South Kerala, India (scholarship of the Deutscher Akademischer Austauschdienst DAAD). In 2007/2008, he specialized in Internal Medicine and Medical Haematology/Oncology at the Department of Internal Medicine V at the University of Heidelberg. Currently, he works together with Prof. Peter Hohenberger at the Sarcoma Unit of the Interdisciplinary Tumor Center Mannheim (ITM) at the Mannheim University Medical Center. He has been chair of the ITM since 2011. Prof. Kasper has a life-time professional dedication to patient care and research in soft tissue sarcomas (STS), desmoid-type fibromatosis (DF) and gastrointestinal stromal tumors (GIST). He is head of the study center of the German Interdisciplinary Sarcoma Group (GISG) and is active in national and international study groups (AIO, EORTC).

Prof. Dr. Eva Wardelmann passed her final medical examinations at the Christian-Albrechts-University Kiel, Germany, in 1990, and received her Doctor of Medicine in 1992. In 1997, she passed the state board examinations for pathology and received her Venia Legendi in “Anatomical and Surgical Pathology”, at the Friedrich-Wilhelms-University of Bonn, Germany, in 2004. She is Chair of the Gerhard-Domagk-Institute of Pathology at the University Hospital Münster, Germany, since 2013. She is heading the German Interlaboratory Test for CD117 immunohistochemistry, and is currently President of the International Academy of Pathology (IAP), German Division as well as council member of the German Society of Pathology. She serves as reference pathologist for the GIST and Sarcoma Registry Münster, for the German Interdisciplinary Sarcoma Group (GISG), for the Soft Tissue and Bone Sarcoma Group of the EORTC (European Organization for Research and Treatment of Cancer) and for the SSG (Scandinavian Sarcoma Group) as well as for several IITs. She is visiting professor at the Yerevan State Medical University in Armenia. 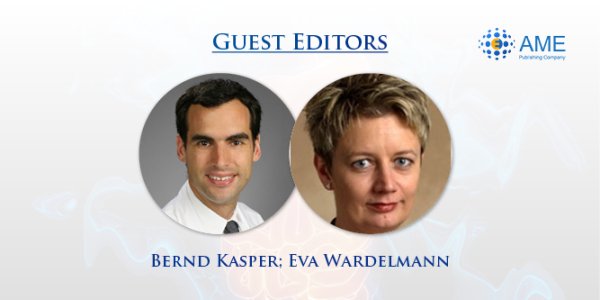