Gastrointestinal stromal tumors (GISTs) represent the most common mesenchymal tumor of the gastrointestinal tract (80%), with an annual incidence of 10–15 cases per million people (1). GISTs have become a paradigm for the use of molecular diagnostics and targeted therapy, since its molecular classification is able to predict treatment response. Most GISTs are driven by activating mutations in KIT (70–80% of cases) or PDGFRA (10%) receptor tyrosine kinases. This discovery represents the rationale of the efficacy of target therapies efficacy using small molecule tyrosine kinase inhibitors (TKIs) for this malignancy (1,2).

The majority of KIT primary mutations, in either the extracellular region (exon 9) or the juxtamembrane domain (exon 11), respond to treatment with imatinib. However, most patients with advanced GISTs ultimately become resistant to TKIs most commonly due to acquisition of secondary KIT mutations involving the ATP-binding pocket (exons 13 and 14) or the activation loop (exon 17) of the kinase (2,3). Sunitinib and regorafenib are approved for the treatment of imatinib-resistant GISTs in the second and third line, respectively. However, progression on these agents typically occurs after a median treatment duration of less than a year. In addition, a small number of GISTs harbor primary activating mutations (mainly PDGFRA exon 18, p.D842V) that are resistant to currently available TKIs (2,3).

After failure of all three approved lines of TKIs treatment, no standard treatment alternatives have been established so far. Recently, novel lines of TKIs, with specific inhibition of common resistance mutations, have been developed and some of them are currently under clinical investigations (4). Among these, clinical trials of avapritinib (BLU-285, Bluprint) and DCC-2618 (Deciphera), two potent inhibitors of KIT and PDGFRA mutations, produced encouraging preliminary data with evidence of disease control even in patients treated with multiple prior lines of TKIs (5). In this context, evaluation and dissection of the activity of these novel compounds in the preclinical settings is important.

The article “Robust activity of avapritinib, potent and highly selective inhibitor of mutated KIT, in patient-derived xenograft models of gastrointestinal stromal tumors”, of Gebreyohannes et al. and published in October of 2018 in the Clinical Cancer Research journal, reported an interesting preclinical evaluation of avapritinib (6).

Avapritinib is an oral, potent inhibitor with activity against of KIT and PDGFRA A-loop mutants, including KIT exon 17 and PDGFRA D842V. In vitro, avapritinib disrupts KIT signaling while in vivo, it achieves dose-dependent tumor growth inhibition (7). For these reasons, avapritinib is currently under investigation in patients with unresectable, treatment-resistant solid tumors including GISTs (ClinicalTrials.gov: NCT02508532 and NCT03465722).

Concurrently, Gebreyohannes et al. conducted a preclinical evaluation of avapritinib in three patient-derived xenograft (PDX) models of GIST characterized by diverse KIT mutations (6). The first model used, a PDX engrafted with an imatinib- and sunitinib-resistant GIST carrying KIT exon 11 (p.P577del; W557LfsX5) and exon 17 (p.D820G) mutations, was treated with avapritinib in comparison to imatinib and regorafenib. Avapritinib treatment led to disease stabilization at the lower dose tested (10 mg/kg) and to tumor shrinkage at higher dose (30 mg/kg). Moreover, authors demonstrated that KIT signaling was inhibited, resulting in remarkable decrease of proliferation. Both doses of this novel TKI had better responses than imatinib or regorafenib treated tumors.

These results were in line to the ones previously reported by Evans et al. (8). In this paper, activity of avapritinib was evaluated in vitro, in several cellular model carrying varying KIT or PDGFRA mutations, and in GIST PDX models, including a different KIT exon 11/17 (del557-558/Y823D) double mutant. In this model, similarly to Gebreyohannes et al., tumor regression was achieved, obtaining a better response in comparison to regorafenib.

Even if avapritinib is highly selective for exon 17 mutations, in vitro and in vivo evaluations demonstrated that it could be active also against other mutations of KIT (8). Evans reported that avapritinib is active, even if at higher doses, in a GIST KIT exon 11/13 double mutant PDX model. Then, Gebreyohannes et al. provided evidence of the activity of avapritinib in two GIST models carrying KIT primary mutations: one with KIT exon 11 (p.W557_V559delinsF) and one KIT exon 9 (p.A502_Y503dup). In these models, authors tested the efficacy of avapritinib and demonstrated that the new TKI was able to produce reduction in tumor volume and histological responses comparable to imatinib. Moreover, they demonstrated that, in the KIT exon 9 mutant PDX, higher doses of avapritinib was able to lead to a similar efficacy as achieved with sunitinib. These results indicated that avapritinib has a broad activity across the clinically relevant KIT mutational spectrum observed in GISTs. However, this relevant activity was obtained using high doses of avapritinib (up to 100 mg/kg) and tolerability of these doses must be considered. Being avapritinib a selective inhibitor of KIT and PDGFRA, this TKI is less likely to cause significant off target toxicity and it seems to be well tolerated. These finding are supported by preliminary data of the ongoing clinical trials. The maximum tolerated dose of avapritinib in patients is 400 mg/day and the ongoing Phase III clinical trial (NCT03465722) is evaluating the dose of 300 mg/day, which corresponds to 61.5 mg/kg in a mouse model, which falls within the range of doses tested in the work of Gebreyohannes et al. Moreover, in the preclinical models tested, avapritinib seemed to be well tolerated, although yellowish skin discoloration was observed in all mice treated with the higher dose (100 mg/kg). This skin color changes were not associated with any changes in PDX organs, including the liver, and as authors stated it might probably be due to a stronger inhibition of KIT activity in follicular melanocytes or to an impairment of melanogenesis.

Similar to other targeted therapies, new resistance phenomena may manifest upon prolonged treatment. GISTs are known to harbor heterogeneity in terms of mutational profile and it is likely that some resistant clones may grow, leading to further progression on treatment with this novel agent. Results from clinical trial data will determine whether and when progression will occur, however, in this context, it is noteworthy that avapritinib was shown to have broad activity in a variety of GISTs genotype both in vitro and in vivo.

Since avapritinib is known to active also against PDGFRA (8), it would have been interesting to test activity of avapritinib also in a PDGFRA mutant PDX, however this model is currently not available. Additionally, it would be advisable that GIST PDX models used in this paper will be used also to evaluate DCC-2618 activity, since also this TKI in clinical investigations produced encouraging data.

In summary, putting together Evans et al. and Gebreyohannes et al. reports, the efficacy of avapritinib was assessed in different GIST models carrying KIT mutations with different sensitivity to established TKIs. These results indicated that avapritinib has activity against a broad spectrum of relevant KIT mutants (Figure 1), strongly supporting the ongoing clinical trials in patients with GIST and suggesting the exploration of this novel compound in both imatinib sensitive and TKIs resistant genotypes. Moreover, these trials will assess if avapritinib could be used as a single agent or in combination with other treatments to complement or enhance its activity. 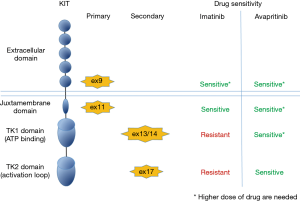 Figure 1 Avapritinib has a broad activity across the clinically relevant KIT mutational spectrum.

In conclusion, avapritinib has a significant anti-tumor activity in GISTs, as demonstrated by preclinical evaluation in several PDX models and by early results of clinical trials, becoming a novel and promising therapeutic option in the management of this disease.

Provenance and Peer Review: This is an invited article commissioned by the Editorial Office, Gastrointestinal Stromal Tumor. The article did not undergo external peer review.

Ethical Statement: The author is accountable for all aspects of the work in ensuring that questions related to the accuracy or integrity of any part of the work are appropriately investigated and resolved.